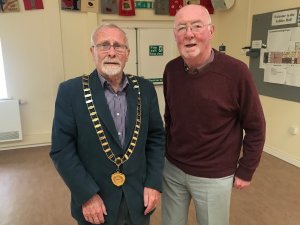 At it's Board Meeting on 10th September 2019 the LRALC Board of Directors elected Cllr John Springthorpe as Chairman and Cllr Tony Hirons as Vice-Chairman for 2019-20. Both have served on the Board and previously the Executive for some time now, John as Vice-Chairman.

This means we have had to say goodbye to Cllr Guy Jackson as Chairman, though he will remain as a Board Member. Guy has acted as Chairman for 15 years and his leadership will be missed.